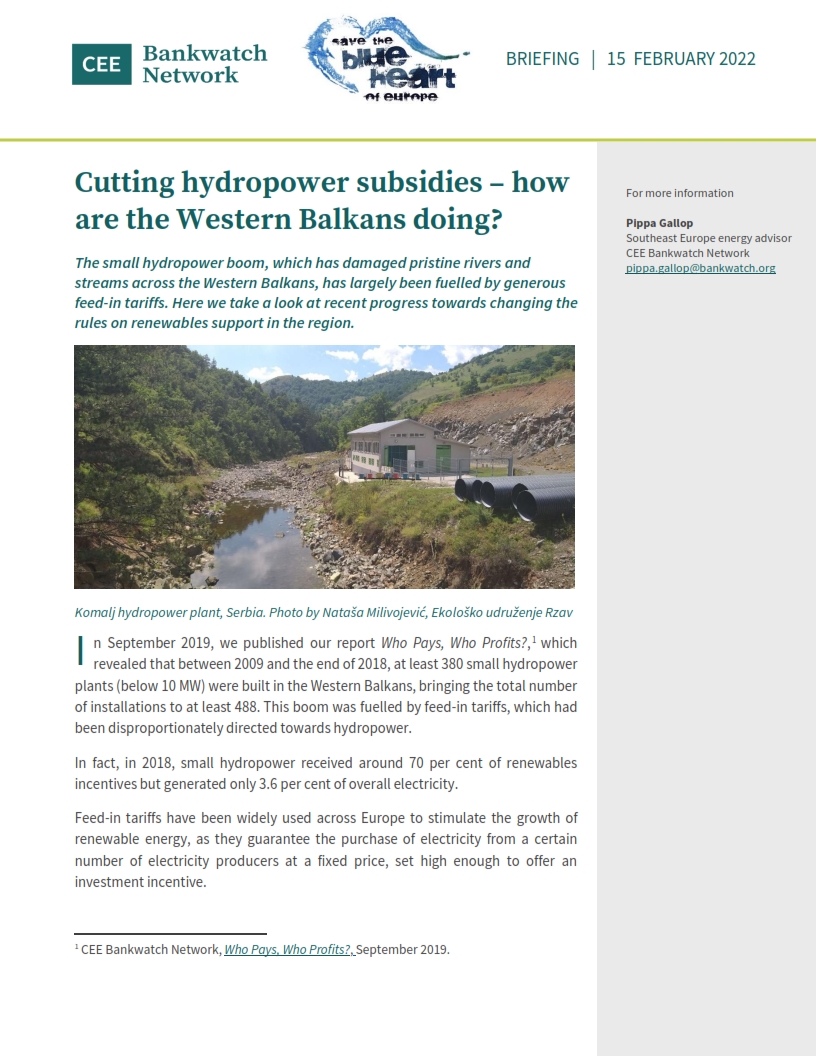 Feed-in tariffs have been widely used across Europe to stimulate the growth of renewable energy. The small hydropower boom, which has damaged pristine rivers and streams across the Western Balkans, has largely been fueled by generous feed-in tariffs. In fact, in 2018, small hydropower received around 70% of renewables incentives but generated only 3.6% of overall electricity.

Progress in the last year towards more efficient and environmentally acceptable renewable energy policies in the Balkan region has been mixed. Across the region, great progress is being made in stopping small hydropower plants from infesting pristine rivers and streams, but faster action has to be taken to stop using public money to support them. We can no longer afford to waste public funds on damaging and climate-vulnerable energy sources like hydropower.

This briefing highlights the recent progress towards changing the rules on renewable energy support in Albania, Bosnia and Herzegovina, Kosovo, Montenegro and Serbia. It was produced by CEE Bankwatch Network in the frame of the Save the Blue Heart of Europe campaign, with financial support from MAVA Foundation.