Joint press release by Riverwatch, EuroNatur and the Center for Environment

++ Day 8 of the Balkan Rivers Tour: 200 people protest against the dam construction at the Sana river in Bosnia and Herzegovina ++ 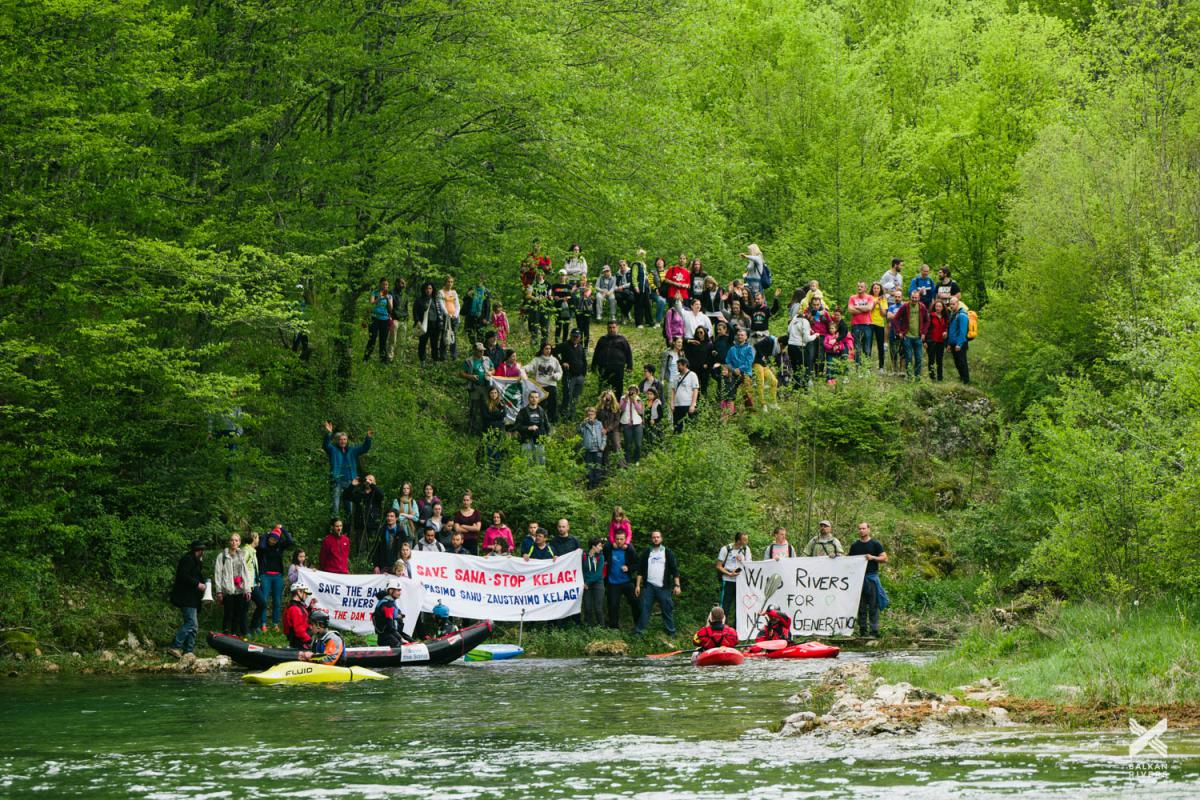 Ribnik, Vienna, Radolfzell, April 23, 2016.  Today, an international alliance of 200 kayakers, anglers, residents and nature conservationists protested on the river Sana in Bosnia and Herzegovina against the hydropower plant “Medna”, which is currently under construction. Constructor is the Austrian-German energy company KELAG. The Sana is one of the last remaining rivers in Europe that host healthy populations of the Huchen (Hucho hucho), a species that is globally threatened and popular amongst anglers. “We won’t give up the Sana and our fight against the KELAG” says Nataša Crnković from the Center for Environment – an organisation that has tried to prevent this project for seven years together with 22 more organisations that form the Coalition for Sana.

People from Bosnia and Herzegovina, Germany, Austria, Slovenia, Italy and Croatia participated in the protest action. Numerous local residents were also present. “99 percent of residents oppose the KELAG project, however, we were never asked”, says Ljubomir Lisica, an affected local resident of the Sana.

In an as yet untouched valley of the Sana, the „Medna“ project is said to divert 90 percent of water into pipelines in order to produce energy further downstream. The Environmental Impact Assessment (EIA) stressed the project’s severe impacts on nature and landscape. A quote from the EIA of the Institute for Civil Engineering in Banja Luka (Institut za građevinarstvo Banja Luka): "Since the water intake is planned at the entrance to the Sana canyon, ... a serious violation of its natural and ambient values will be caused.” However, the environmental authority as well as the KELAG is ignoring these concerns. The project is under construction since September 2014 – without any regard for Huchen, trout, otter and other rare species. More dams on the Sana are planned downstream. 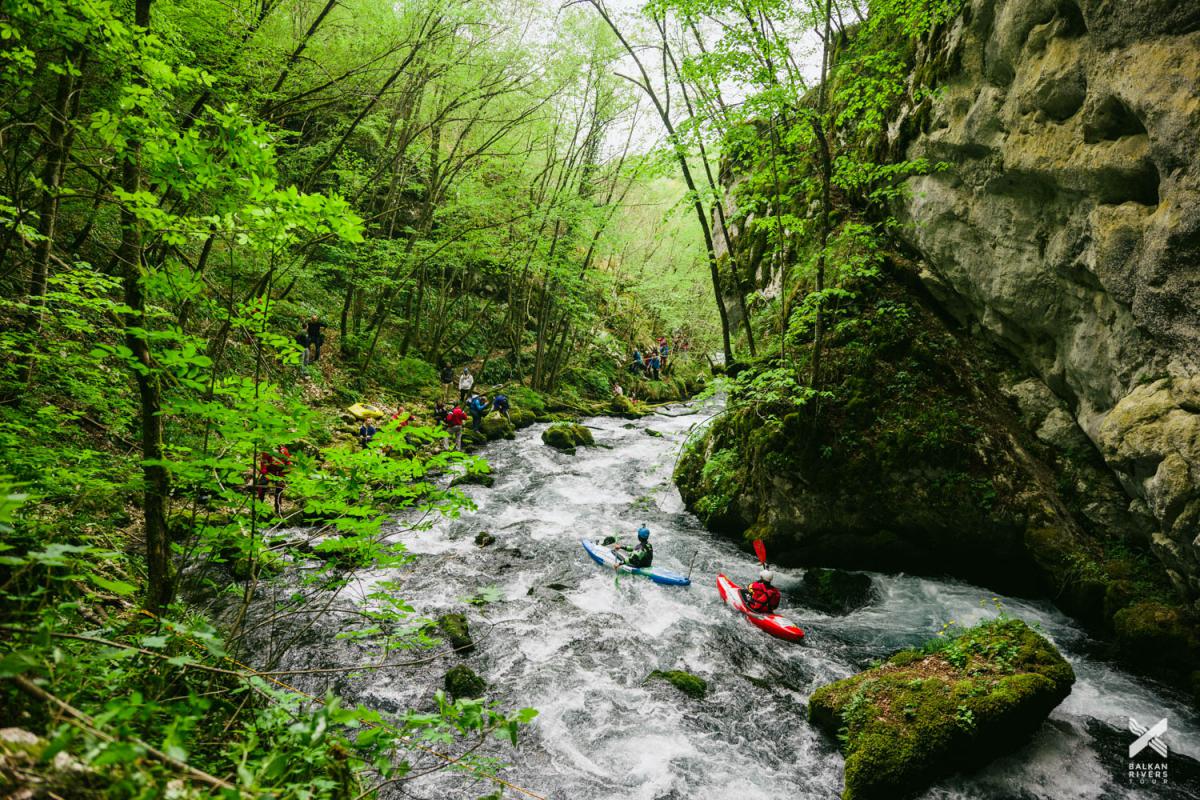 „What the KELAG is doing on one of the most important Huchen rivers is just shameful. Neither in Germany, nor in Austria would they get away with it”, so Ulrich Eichlemann from Riverwatch and coordinator of the “Save the Blue Heart of Europe” campaign.

According to research by Riverwatch, about 45 million Euros have been invested in the restauration of rivers with Huchen occurrences in Austria since 1999. This includes the removal of embankment constructions and other artificial obstructions in order to give the rivers space.

“Bosnia and Herzegovina has the most stunning rivers in Europe. Rivers like the Sana, Una or Neretva are unique. Anglers, kayakers, nature conservationists – we all must join forces to prevent the dam craze here and on the entire Balkan Peninsula”, so Rok Rozman, organiser of the Balkan Rivers Tour. Following the protest picnic, the kayakers paddled the Sana through the construction site and downstream.

The protest was part of the Balkan Rivers Tour: over 35 days, kayakers from various countries are paddling the most stunning and most threatened rivers in the Balkans in order to draw attention to the imminent dam tsunami. Led by former Slovenian Olympic athlete Rok Rozman, the tour started on April 16 on the Sava in Slovenia and will end on May 20 in Tirana/Albania.

Our group of allies is increasing! Scientists in our network not only lend their own data but also use their independent voices to advocate for the protection of rivers.