After successfully preventing the construction of two big dam projects inside Mavrovo National Park – one of Europe’s oldest national parks – its rivers and creeks are still threatened by low performing hydro projects (“small hydro”). Low performing plants are being promoted under the disguise “small is beautiful”, but they are just as devastating to smaller creeks than big plants are to large rivers. And they also require accession roads, transmission lines, pipelines and powerhouses. There is nothing green about them, especially not within the boundaries of a national park. Areas as the ones you can see on the photos below would be destroyed by these projects. 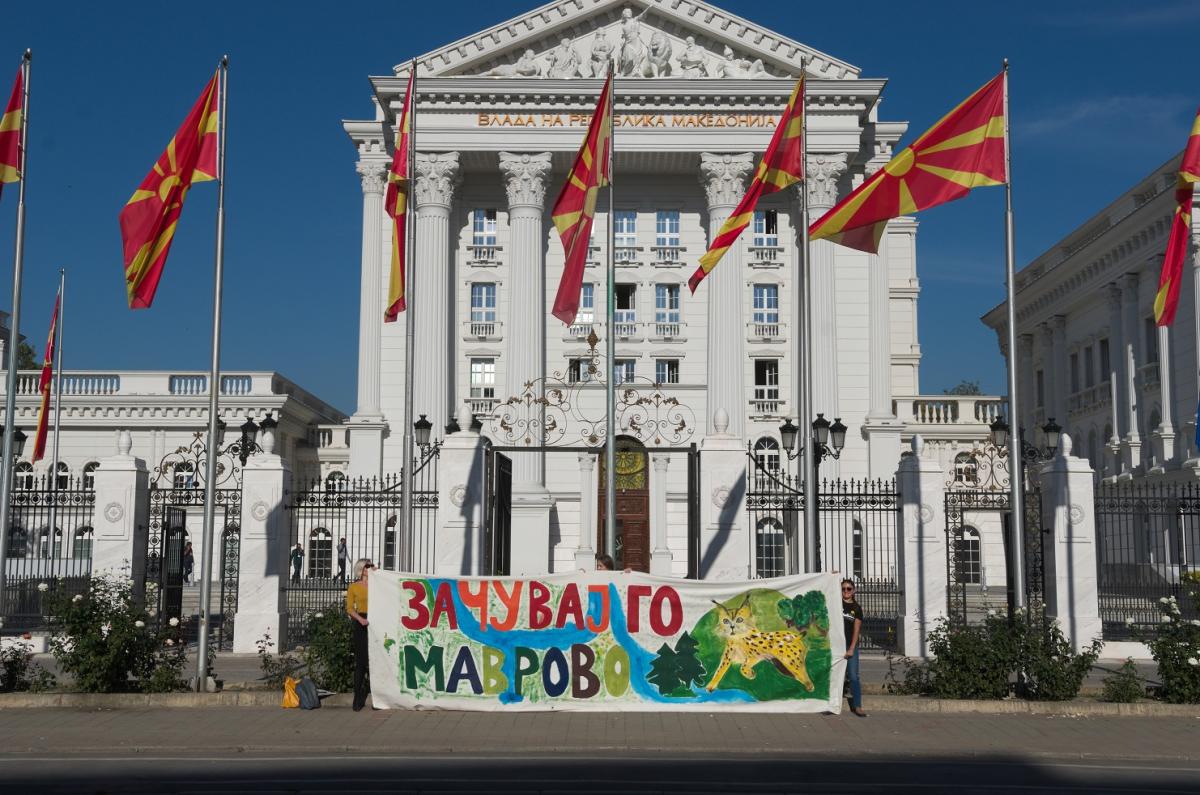 For this reason, the Blue Heart of Europe local campaign team in Macedonia, Front 21/42 and Eko-svest, supported by painters and nature lovers, organized a protest event in Skopje on October 20th. With a banner that says “Preserve Mavrovo National Park” and also shows the critically endangered Balkan lynx, for which the Mavovo NP is its last stronghold, a letter was publicly handed over to Mr. Zaev, Prime Minister and Mr. Angjushev, Deputy Prime Minister in Charge of the Economic Affairs. The letter demanded from the Macedonian Government to