A kayak for Rama

Tirana, Albania, May 20, 2016. Amid the applause of hundreds of spectators and attendants, kayakers from Albania, Slovenia, Greece, Italy, Germany, Austria, Netherlands and the US marched with their kayaks through the Albanian capital of Tirana today. Among them was Rok Rozman – initiator of the Balkan Rivers Tour and former Slovenian Olympic athlete. Their destination was the office of the Albanian Prime Minister Edi Rama to hand over a very special kayak. “Dear Edi Rama – stop the dam projects on the Vjosa and establish a national Park on Europe’s last wild river instead!” – is written on the kayak, which was signed by more than 1,000 people. However, neither Edi Rama nor a representative of the government was willing to receive the petition. The police spaciously blocked the entrance. Rozman placed the kayak in front of the police cordon.

“This kayak petition is meant to give the Vjosa and the valley’s residents a voice. We don’t want dams on the Vjosa, but a national park. The Albanian government has ignored our petition, but we will be back”, so Rok Rozman. 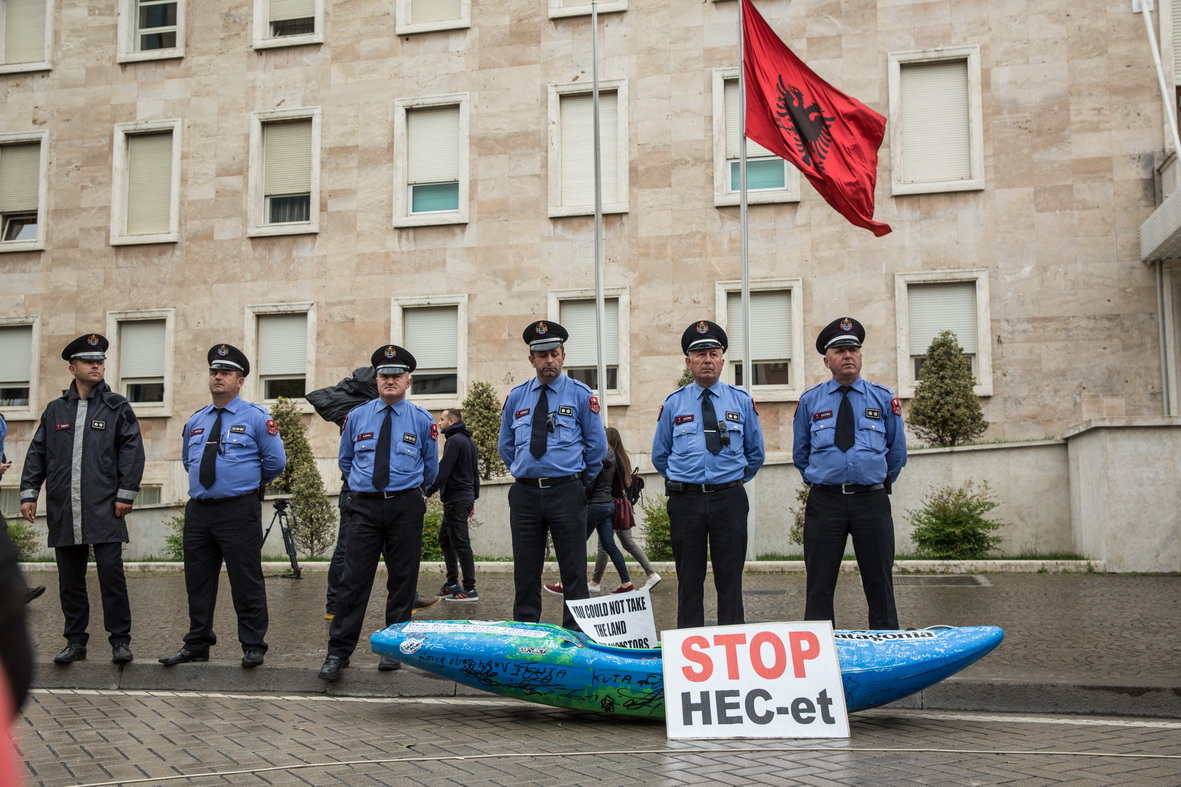 With this final protest, the Balkan Rivers Tour comes to an end. For the past 35 days, kayakers from all over Europe paddled 23 rivers between Slovenia and Albania in order to draw attention to the looming destruction of Balkan rivers  – first and foremost the Vjosa.

On a course of 270 kilometers – from the Pindus Mountains to the Adriatic Sea – the Vjosa is free-flowing. However, the Albanian government has recently decided to have a large hydropower plant constructed and has already granted the concession to a Turkish company. The project “Poçem” will feature a 25 meter tall dam wall which will destroy one of the ecologically most valuable river stretches, characterized by gravel islands and alluvial forests.

“Midnight is just around corner for the Vjosa. We call upon the Prime Minister of Albania to stop the projected large hydropower plant and protect the river as a national park from the mountains to its mouth into the Adriatic Sea. The current plan of the government to declare only the upper reach as national park while obstructing the lower 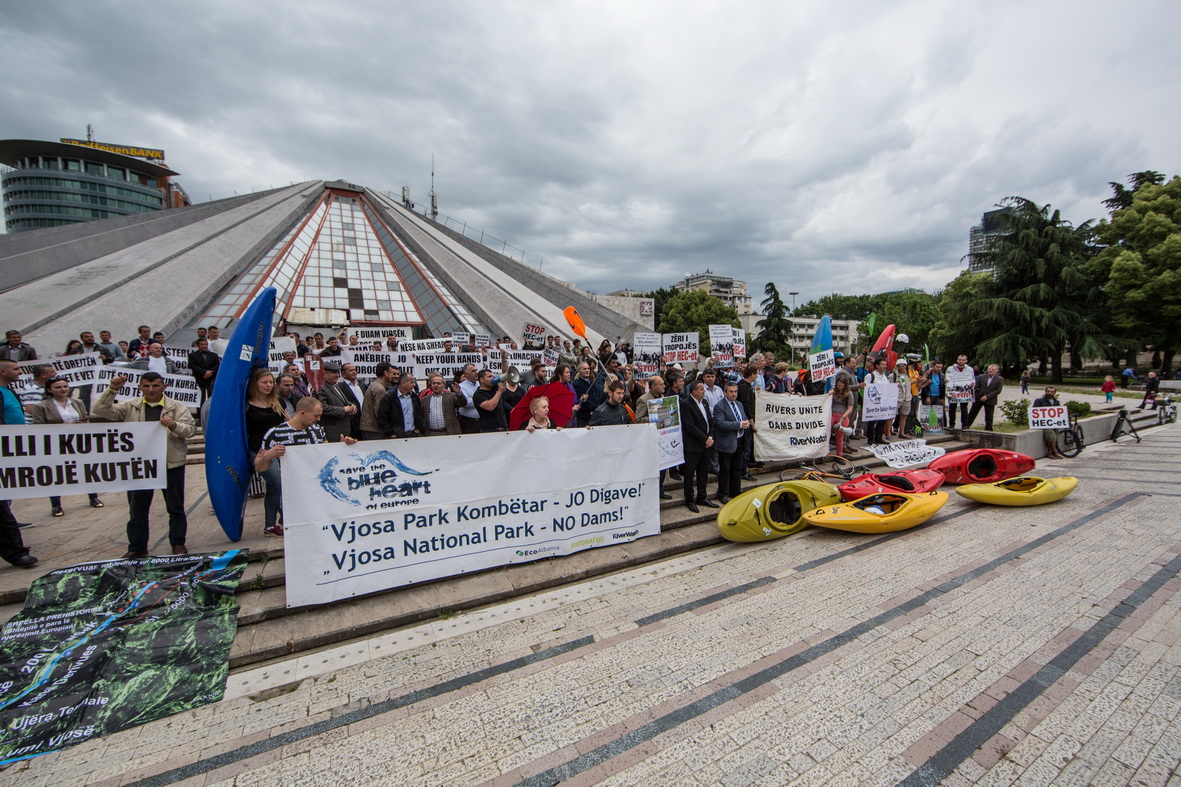 course with large dams is simply duplicitous”, says Gabriel Schwaderer, CEO of EuroNatur, at the protest in Tirana.

Ulrich Eichelmann, coordinator of the “Save the Blue Heart of Europe” campaign at Riverwatch: “The Vjosa is a world class river. The least that the Albanian government has to do is to conduct an Environmental Impact Assessment according to EU standards. We demand from the Albanian government to set up a group of internationally renowned experts to carry out the required scientific studies.”

Olsi Nika from EcoAlbania and coordinator of the Vjosa campaign in Albania points out that the majority of residents endorse the protection of the Vjosa: “All mayors of the valley support our demands. They recognize the potential a Vjosa National Park would provide in terms of ecotourism.”

“We want to preserve the last free-flowing rivers from Slovenia to Albania and are sending a strong appeal to decision makers to protect the Vjosa. We are voicing a loud NO for the dams on Vjosa”, says Martin Solar, director of WWF Adria, one of the supporter organisations of the Balkan Rivers Tour.