European eels, in theory, could access all rivers along the Adriatic and Aegean coasts and occasionally the Black Sea (Kottelat & Freyhof 2007; Jacoby & Gollock 2014). A catadromous species living most of its life in freshwater and migrating to the Sargasso Sea in the southwest Atlantic Ocean to spawn. The causes of declining recruitment are multi-variate and not entirely understood (Jacoby & Gollock 2014) but loss of spawning habitat and mortality during both up- and downstream migration due to dams is at least one of the main concerns (Jansen et al. 2007, Besson et al. 2016). Important rivers for the eel include the Neretva in Croatia and Bosnia-Herzegovina, the Vjosa in Albania and the Strymon und Evros rivers in Greece.

Expansion of hydropower facilities in the last major free-flowing rivers on the Balkan Peninsula (such as in Albania) are a major threat to regional populations. 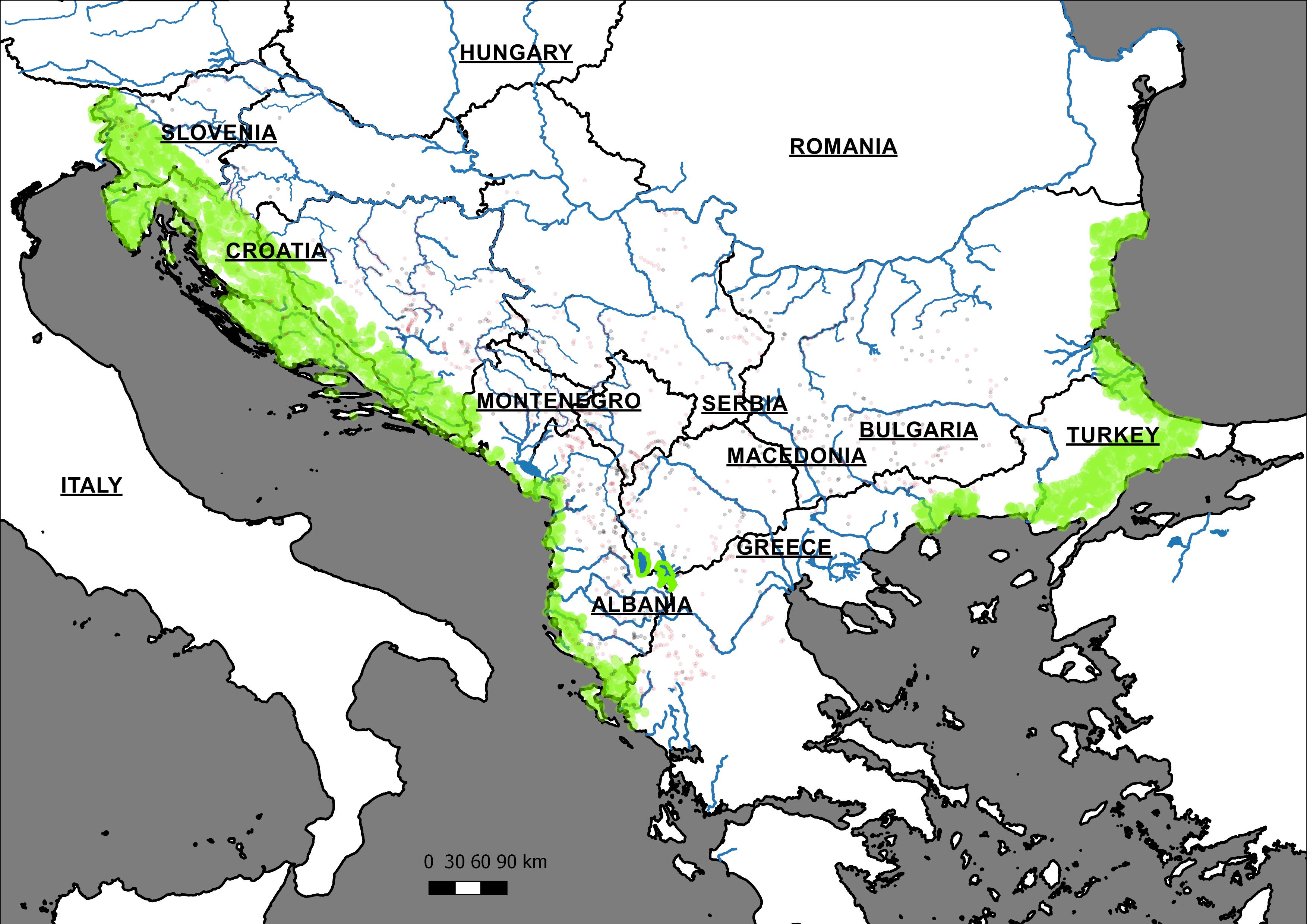