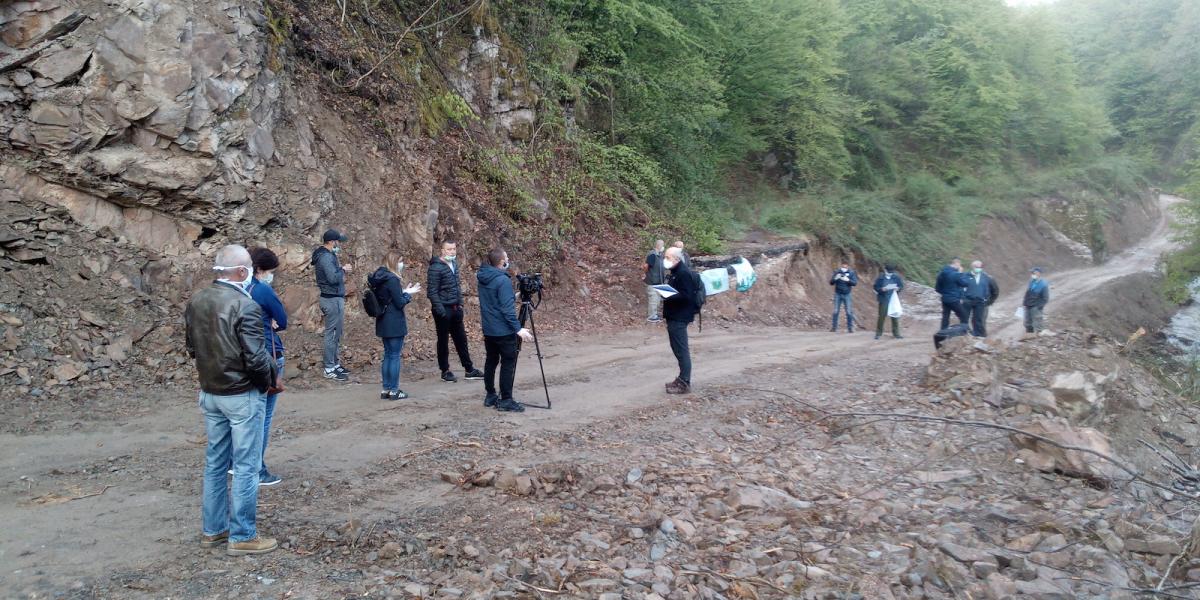 Foča, April 29th, 2020. Today, residents and environmental activists blocked construction works on the river Bjelava and its tributary, the Mala Bjelava, despite the ban on assembly and Corona-related curfew. From 7 am, about two dozen people prevented workers from reaching the construction site. Unable to resume their works, they eventually left.

The investor of the two projects – the company "Srbinjeputevi" d.o.o. – does not have a construction permit. Moreover, the legally required building supervision, to be carried out by state inspectors, is absent due to Corona. The environmental organization Center for Environment filed charges against the investor and lodged a complaint with the competent bodies of the Inspection Directorate of the Republic.

Under the protection of the Corona curfew, another three hydropower plants are currently being built in the region, on the rivers Vrhovinska, Željeznica and Prača (see map)

A positive turnaround in this matter is happening at Prača: the mayor of the neighbouring village Pale Bosko has now announced that he intends to prevent the construction of the projected powerplant. It remains to be seen whether these words will be followed by deeds.

In the afternoon, the residents and environmental activists left the construction site on the river Bjelava, as they would have risked drastic fines for violating the curfew. Journalists from the TV station N1 reported on the action.