Study: Alternatives to hydropower in the Balkans 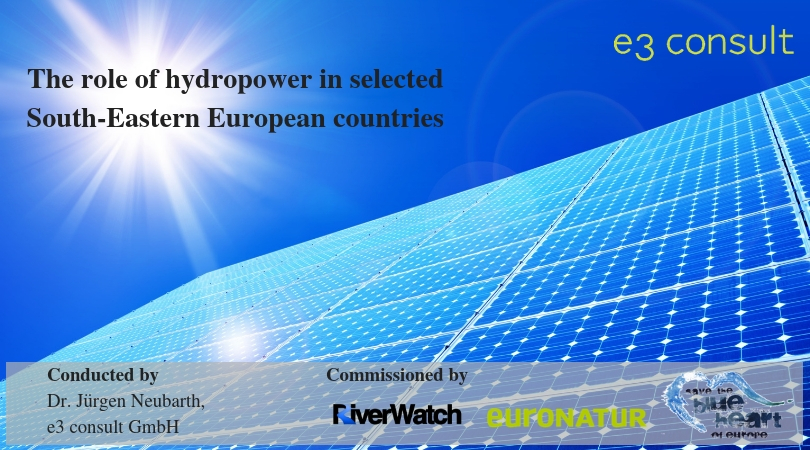 The countries in the Balkans are facing a dilemma: they must fulfill the EU renewable targets while also follow environmental legislation. This raises the question: Is it possible to increase the renewable energy share AND keep the Balkan Rivers alive? We commissioned the energy expert Dr. Jürgen Neubarth with this question and his study “The role of hydropower in selected South-East European countries” shows that it is possible.  The potential of environmentally much sounder sources of energy, such as wind and solar, is up to twice as high as the current electricity demand in the sun-kissed Balkan countries and exceeds the potential from hydropower by about five times! Thus, there is actually no need for new hydropower development. Moreover, most Balkan countries would still fail to reach their renewable targets even if all economically feasible hydropower plants were built, including in protected areas like national parks. Thus, a complete switch in the energy policy is needed. The data sows that this is possible.

Study: The role of hydropower in selected South-East European countries