The Biggest Dam-Removal Project in History 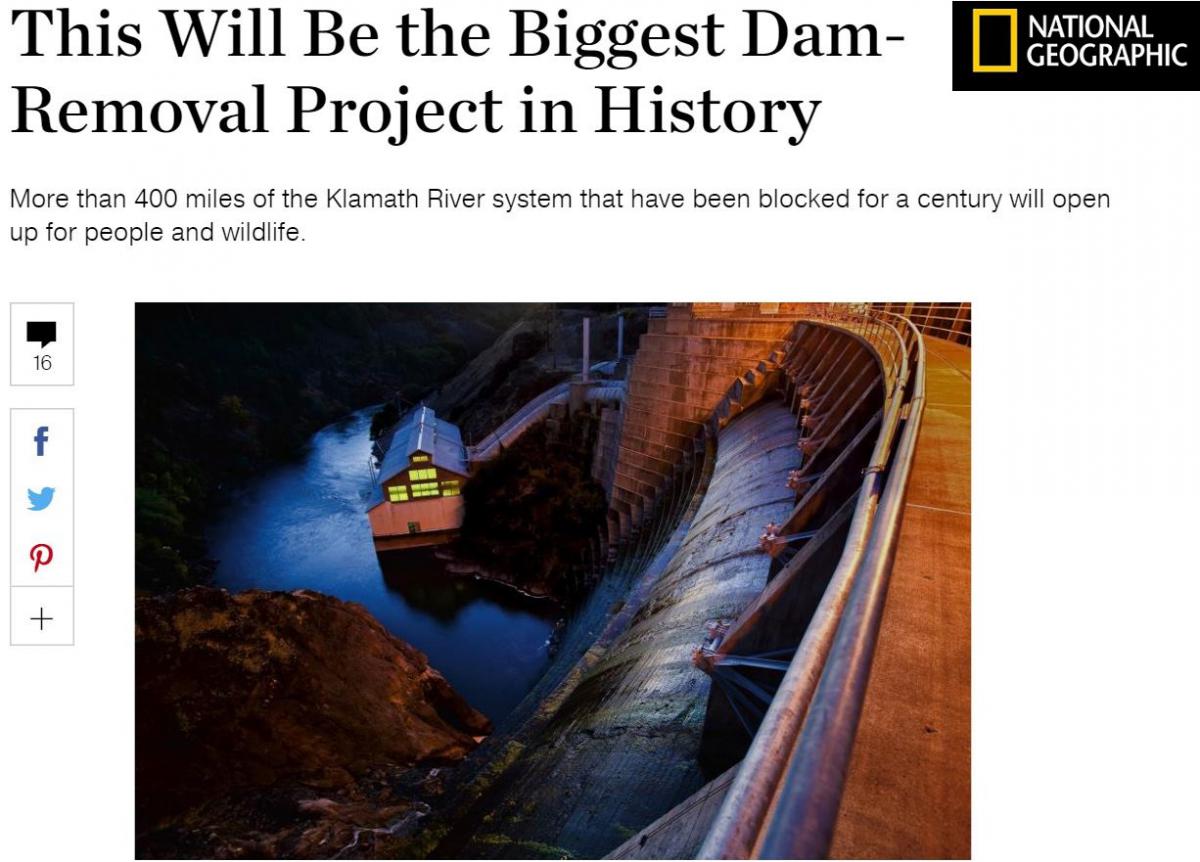 While 2700 dams are projected to be built between Slovenia and Albania, dams are being torn down one after another in the US in order to restore their rivers.  Now, the removal of four hydroelectric dams on the Klamath River has been approved, rendering it the biggest dam removal project in history.

“Such projects allow backed-up rivers and the fisheries they once supported to be reborn. They reflect a broader shift in the way Americans relate to rivers, seeing them as more than just workhorses for hydropower, agriculture, and economic growth”, the National Geographic article states.

Read for yourself: This will be the Biggest Dam-Removal Project in History